These are honest testimonials from verified Kawaii Box subscribers. Find out what others say about our monthly kawaii surprise box!
4.81 / 5 stars - 802 verified reviews

Thank you so much for my kawaii box it’s so cute and adorable bringing a lot happiness and smiles! Love the plush so much! And actually love everything in a box! Excited about my next box! :)

Our first box arrived and we were very excited and satisfied with the items enclosed. Can’t wait to see our next box.

Cute stuff, small box, everything really a cute though. All nice designs and a SUPER cute plushie! I loved it!

The subscription is for my teenage daughter and she loves everything in it. She has the November 2022 box and it arrived right on her birthday! The box was mistakenly delivered to a neighbor and the Kawaii box customer service couldn’t be more helpful. All around very good experience and all items are licensed products. Highly recommend!!

Very cute items in the box! It will be a good present for my daughter.

I love the kawaii box! I found this gem while looking for Christmas gifts for my daughter who loves everything Kawaii! And it took the trouble out of trying to locate all the things. I know she will be so happy to open up not one but TWO kawaii boxes as her Christmas gifts. It was such a Christmas gift hack for me. Thank you!!

Omgg I received my first kawaii box and it was even cuter than I imagined!! It’s definitely worth it and my favorite item was the Sanrio pouch

This box was filled with adorable goodies! I was very happy when I received it :)

Awwwwww I absolutely loved everything in the boxes. It made me so happy and cheerful to recieve them today! Highly recommended to everyone to purchase the boxes to have a bit of happiness in your home! So many smiles for me today.

Thank you so very much to all of the team at this store. You’re all so wonderful 💗

I received the September box and I have to say that I was pleasantly surprised. The items were super cute – it came with the most adorable tote back that I use everywhere, a little journal that I plan on using soon, a pencil, moldable erasers (I didn’t know they existed, but they’re super fun as I’ve since found out!), and a wafer that I really enjoyed. And the shipping was a lot faster than I thought it would be (simply one week – which is amazing that it’s free and overseas). Altogether I would say it was very much worth it.

I was happy to get a box because it was for my birthday, I was expecting things to be a little more Halloween based off the year before, but for the price I guess I can’t expect a guarantee like other subscriptions. Plus I was expecting something with the cute pink haired chibi character.

The boxes were a birthday present for my granddaughter. She received her first box and was thrilled with the contents.
She is anxiously awaiting her second box.

I love your kawaii boxes! Mine was filled with so many cute goodies and snacks! Even the packaging was so cute!

Well every item in the box came in good conditions but I expected the box to be bigger and contain more items. Overall everything was fine but like I said, I expected more items to come in the box :)

The box was SUPER cute!! My only issue was there wasn’t much Kuromi, but I’m happy with what I got.

Choose the plan you like the most, place your order, and your first kawaii subscription box will ship soon! 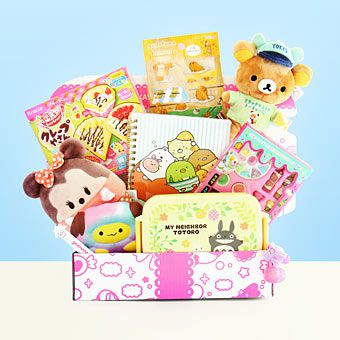 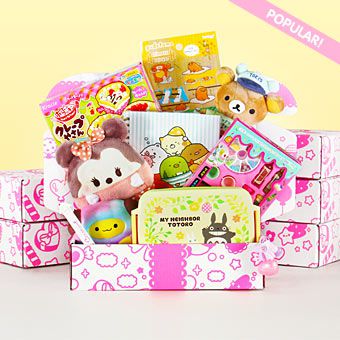 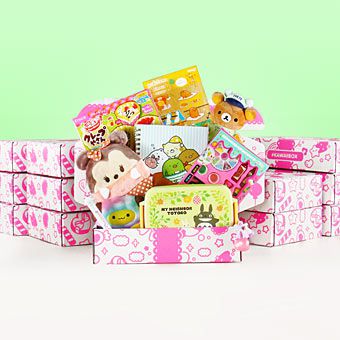